Okay, this probably one of those posts that is ecstatic to draft because of the shear wonder that it encapsulates. We captured lightning using nothing more than just a mere headphone jack and its so simple that anyone around the world with an access to an old headphone jack can do it too! 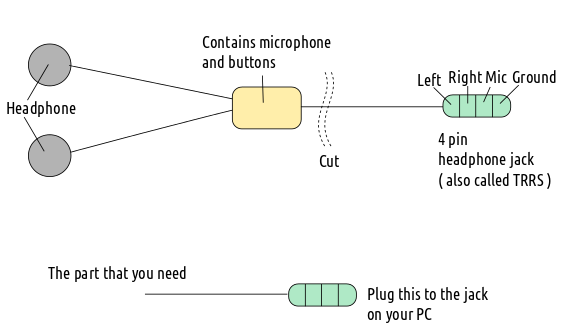 Take an old headphone jack and strip off the mic part and you are good to go OR if you have a dedicated USB sound card you can use that! 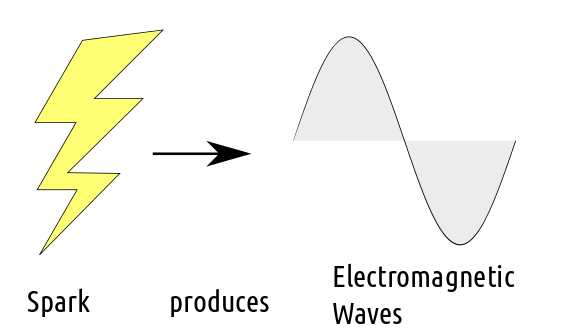 Sparks of any kind produce electromagnetic disturbances and it is these disturbances made by lightning that we will be detecting. That is the reason we are stripping off the microphone from the headphone jack and keeping only the wire.  The wire will act as an antenna to pick up the signal.

Just to be clear, this is NOT related to the sound of the thunder by any means.

Since gas lighters are capable of producing sparks, we thought that it would be a great place to start. Here’s what we observed:

** Although we use a USB sound card in our videos, this works with an ordinary TRS/TRRS headphone jack as well.

Now that we have a good idea of what is going on with a gas lighter, we can predict a similar pattern with a lightning as well. Why ? Well, because lightning is the same phenomenon but, at a much bigger scale.

How do you do it ? First things first, to state the obvious one needs lightning. But besides that the setup is similar to the previous one except that unlike the gas lighter, we have to use the human body as an antenna by holding the wire coming from the mic pin of the headphone jack in our hand

The audio file that we acquired has been uploaded to Google Drive (links below) but we strongly suggest that you try it out yourself to get a feel for this powerful technology that many people disregard as quotidian.

This is how the raw audio file might look (recorded with Audacity): 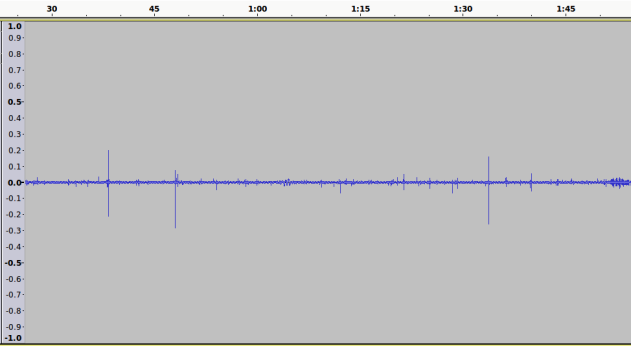 Now we amplify this signal on Audacity. (Effect –> Amplify) 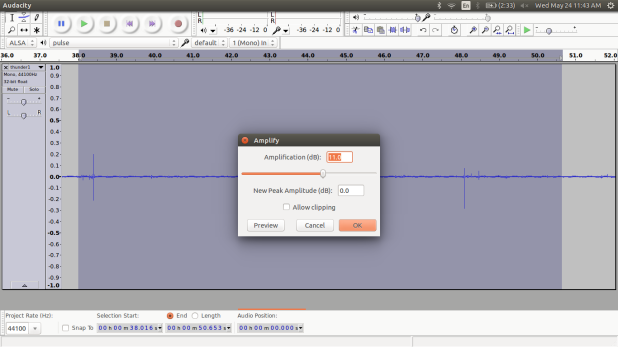 Now you see these three prominent peaks, now these are for sure caused by the lightning. How are we so sure? Well, we were able to visually validate the data. What are those other peaks ? They are lightning too (!!!), but ones that are happening at a distance (probably many kilometers away).

Now in order to be completely sure, we repeated the same experiment another evening.. And here’s what we got: 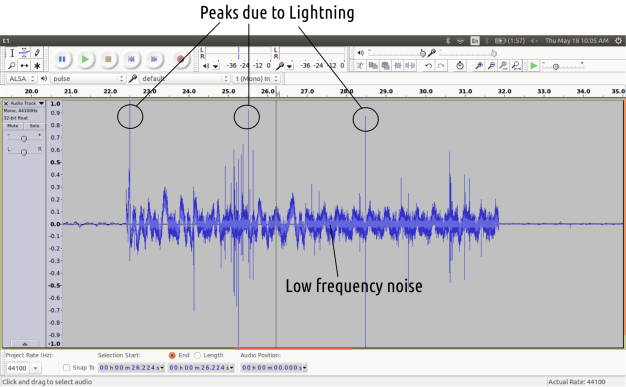 This was a much more dramatic day with lots of lightning! ( as is evident from the numerous peaks )

How cool is that you can something as simple as a headphone jack to procure information about lightning that is probably happens kilometers away. This was absolutely ecstatic!

Here is a close up of one peak that was recorded: 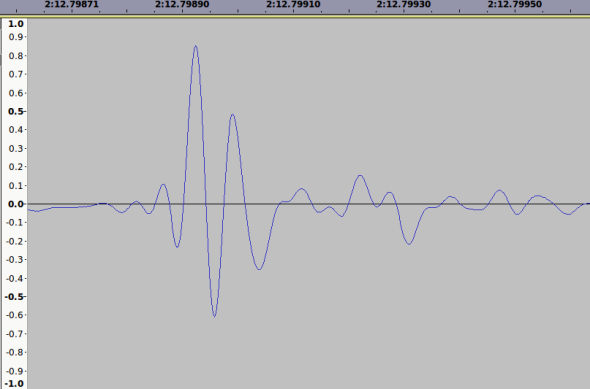 This resembles very closely to a Guassian Wave packet . ( In physics, a wave packet (or wave train) is a short “burst” or “envelope” of localized wave action that travels as a unit )

We believe that the electromagnetic disturbance that is detected during a lightning / spark is a Gaussian wave packet.  (If you believe otherwise let us know why by pinging us at 153armstrong@gmail.com or in the comments section)